From 01-October 2017 the vehicle insurance write off categories in the United Kingdom changed. We have summarised the latest categories below, this applies to all vehicle types including motorcycles, scooters and mopeds.

What is a Category N motorcycle?

A Category N write-off is a salvage bike which the insurance company states is not worthy of repair due to non-structural damage. This applies when the cost of repairs exceed the bike’s value, the insurer will therefore declare it to be uneconomical and write it off.

This category is one of four that can be assigned to salvage motorcycles by an insurance company. They give an indication of the level of damage. The four main categories are as follows:

What does Cat N mean?

The ‘N’ in Cat N stands for ‘non-structural’, meaning the damage sustained has not altered its structural frame or chassis. The nature of non-structural damage can vary significantly, which is why Category N motorcycles can sometimes vary in price so much.

Cat N damage could just be cosmetic, such as the fairings, or it could be small but significant parts like the headlight. However, sometimes vital parts such as the forks, brakes or electrics could suffer damage, making them expensive but crucial repairs if the bike is going to become roadworthy again.

Sometimes, Category N vehicles are accident-damaged which have been involved in a road traffic accident at speed. Often, however, a relatively minor accident is all it takes to send a low-value vehicle over its damage threshold and thus making it uneconomical to repair.

Are Cat N and Cat D motorcycles the same?

Yes. Part of the reason why Cat D was renamed to Cat N in October 2017 so it was clearer to professionals and laymen what the salvage title meant, i.e. N stands for non-structural.

Can you ride a Cat N bike?

Yes, but only if it has been assessed to be roadworthy by a qualified person. A Category N doesn’t mean the bike is unsafe (although some of them will be!). Mostly, it’s simply there to indicate that the vehicle is uneconomical to repair.

Since Cat N motorcycles don’t have damage to their underlying structural frame, it is not uncommon to find they could be a bit ‘weathered’, but safe to drive. Though, it’s important not to take this on faith, especially if the bike has been previously involved in an accident.

If you’ve got an existing vehicle that’s been assigned a Cat N, you may be given the choice of having it written off or classed as salvage retention. If you choose the latter, this will enable you to have it repaired and continue driving it.

Since you’re the one bearing the cost in these cases, the economics become largely irrelevant to the insurer, so many will be quite content to give you the option. Bear in mind, though, that it’s likely to affect your premiums if you decide to switch insurers upon renewal.

Should I buy a Category N motorcycle?

That is up to you, depends on the individual and how comfortable you are that the repairs are up to standard, we wouldn’t recommend someone with no mechanical knowledge buy one but it is a personal choice at the end of the day. Category N bikes are usually quite a bit cheaper to buy than an undamaged equivalent but you may have limited insurance choice as some companies wil refuse to insure a prevoiously written-off vehicle.

If you are planning on getting it roadworthy, it is prudent to get as much information as you can about the type and scale of the damage, as well as any other repairs it might have had. It’s also a good idea to have it examined by a qualified professional for an independant and impartial viewpoint.

Don’t forget, one of the quirks about Category N vehicles is that this category can be given to vehicles with relatively light damage. An old, heavily depreciated motorcycle might sustains cosmetic damage in a minor accident but can be written off, despite the fact that it is otherwise in overall good condition, just because the repairs will be worth more than its market value.

Can you insure a Cat N motorcycle?

Yes, although you might find that insurance is often more costly and some will not even be prepared to quote you. Because Category N motorcycles have previously been written off, they pose a greater risk to your insurer, who are therefore more likely to charge higher premiums to insure one. It’s best to shop around for the best deals but you might have to ring the insurer as the online comaprison services don’t often cater for such a scenario.

Does a Cat N car need a new MOT?

Not necessarily. Something like minor dent in the bodywork can theoretically result in a bike becoming a Cat N, even though it is safe and rideable. Also, scratches and minor cosmetic damage are not accounted for at an MOT.

Meanwhile, if you own a motorcycle that has been written off as a Cat N but you have chosen to have it classed as salvage retention, then it is not a bad idea to bring your next MOT test forward, just so that you and your insurer have peace of mind. 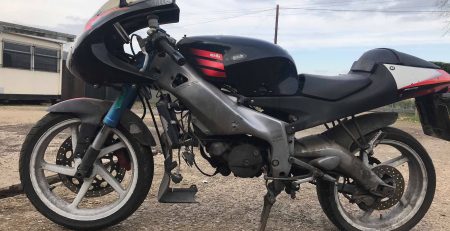 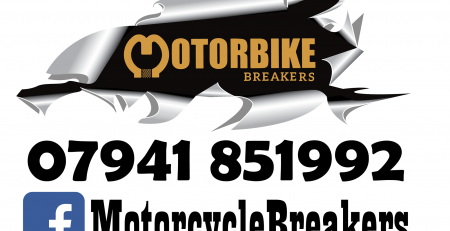 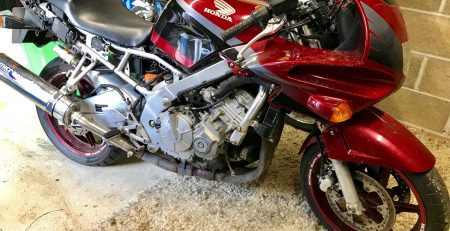